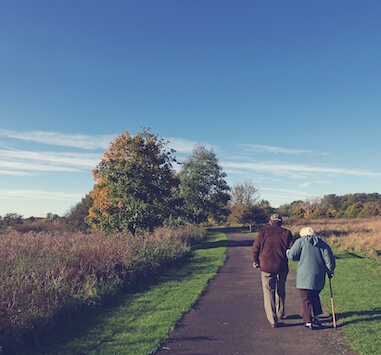 Below is a word for word account of the timeshare nightmare that Carol and James P. experienced. We hope their written account will shed some light on the tactics that the timeshare industry often uses on good, unsuspecting people like them. *Names of people have been changed and/or redacted for privacy reasons.

“We enjoy going to the Smokey Mountains on vacation. Over 20 years ago we purchased a flex week at a resort in Gatlinburg, Tennessee. We loved going there for years. When the fire happened that burned some of Gatlinburg, about 80% of the resort was destroyed. We were unable to book at the resort for lack of rooms. Our maintenance fees were waived until the resort was rebuilt. In November 2017, we booked a week at a different resort and purchased a week there to be able to go to The Smokies on vacation while the first resort was being rebuilt. We were given a bonus three day stay later. We found out that the company who owned the first resort had also bought the second resort. They said since they were over both, we would get additional points. There was not much pressure at the presentation because we were interested in purchasing. Everything was fine and our being there served purpose.”

For Carol and James, everything seemed fine. Until the fall of 2018 when they were misled into having to buy more to avoid maintenance fees that would skyrocket.

“We were there for over four hours. We were told that the maintenance fees were going to spiral up in the future and we needed to purchase more points to be able to stay at the timeshare company’s properties at lower a cost. With our two properties in Gatlinburg, we bought points at about $3.75 per point. They convinced us this was a great deal. There was nothing but points involved in this purchase that leveled us up to the silver level.”

The couple attended three more meetings in a time span of four months; each time being told to come back so they could upgrade their plan to avoid more fees. Having obtained what they thought was a gold membership, Carol and James signed up for what they expected to be their dream vacation the following year in Hawaii. Instead, it turned into another meeting.

“At the meeting, one sales agent said that resort number one in Gatlinburg was not a part of the timeshare company. We were then told that we were not gold level even though we had been upgraded to that in our most recent meeting. The salesperson went to the director to check the level and said we were misled and heads will roll down the line. We were devastated. They said we would need to buy gold points again. We told them we could not pay for this. The director then came in and said we were misled and tried talking us into it. There was so much pressure on my wife and I. Due to how much money we had wasted so far, everything else was a blur and we gave in and upgraded. This dream vacation turned into a NIGHTMARE!”

After returning home, Carol and James found out they were losing their medical insurance and had to purchase new insurance at the start of the year. The finances they have to use on timeshares make it very difficult to pay bills every month.

“It has caused us to not be able to go anywhere and do anything due to the lack of funds.”

Have you or some you know been through a similar situation to Carol and James? Wesley Financial Group, LLC is here to help. Give us a call today to see if you qualify for our timeshare termination services.

*Wesley Financial Group, LLC (“WFG”) develops individualized programs for each client, terminates over 98% of their client’s timeshare relationships, and, in certain circumstances, obtains a refund of some or all of the timeshare purchase price.  Actual results depend on each client’s distinct case and no specific outcome is guaranteed (although WFG does offer a 100% money back guarantee if the timeshare is not terminated within the time specified in the WFG Enrollment Agreement).