Disgruntled Parent Faces Financial Struggles No One Should Be Coerced Into 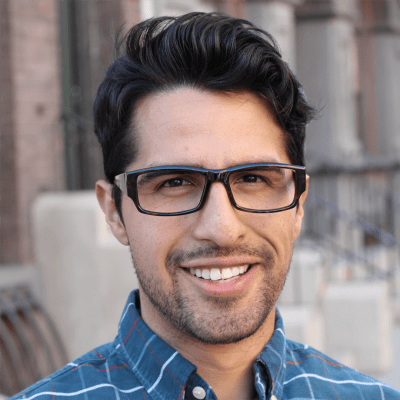 Adam F. had heard about timeshares being “luxurious vacation clubs,” but he never paid attention to them. Sure, Adam enjoys going on vacation, but he never knew a timeshare owner and therefore was skeptical. When he first got word of what it was, it came from a trusted colleague. Here’s what Adam surmised:

“I had no idea what timeshares were. Then, a friend at work told me more about them and how he and his family enjoyed theirs. That’s why I decided to attend a presentation.”

In the summer of 2000, Adam attended a timeshare presentation in hopes of learning more about becoming a timeshare owner. However, his first encounter with the sales representatives left him indifferent. While several selling points caught Adam’s interest, the atmosphere was stressful.

“It was a high-pressure presentation from the beginning. The salesman told me the timeshare would be a great investment and that I could sell it or rent it to cover all the extra fees. He even brought in the sales manager to close the deal. They also offered me tickets to the nearby Disney theme park. The meeting lasted some four hours instead of the 90 minutes it was supposed to.”

Adam was hesitant but agreed to the purchase only after enduring hours' worth of pressure. Despite all of that, they made several promises that made it seem like a solid investment. It would not be long, though, before Adam began to notice cracks in the system.

“The problems grew from paying the maintenance fees. These fees were more than I expected and seemed to cost more every year. Early on, I felt like owning a timeshare was becoming a financial hardship.”

Although he was promised the ability to sell or rent his timeshare to assist in covering these outrageous fees, Adam realized he had been deceived. The timeshare resale market is desolate, with some units selling for less than a dollar, and the chances of renting his unit were minimal.

THE THOUGHT OF HIS CHILDREN BEARING THIS BURDEN DISTURBED ADAM

Timeshare companies seem to overlook bringing up the important fact that most timeshare agreements do not end when the owner dies. Instead, the financial responsibility often goes to your most loved ones. This rattled Adam to his core.

“What caused my depression was the thought of my children being stuck with this timeshare. The financial struggle was already unbearable, and it would only grow worse for them. This is why I buckled down in finding a way out of it.”

TWENTY YEARS LATER AND ADAM IS HAPPIER BEING TIMESHARE-FREE

Since there were more prudent ways to invest his hard-earned money, Adam was ready to move on. While he and his family would benefit without this burden, it would be a difficult task.

“From research, I knew it would be tough to get out of my agreement. The market for this seems to be flooded with fraud, and I was not about to fall for a scam. I took my time in finding the right place and right people to help me put an end to this nightmare.”

Adam’s studious research led him to the perfect solution. At the front steps of Wesley Financial Group, LLC (“WFG”)*. The first thing WFG did was let Adam know he was not alone and that there were thousands more who had fallen for similar timeshare traps. Helping these individuals is what WFG has perfected!

“WFG helped me in a matter of months. Everyone at the company was courteous. The entire process was stress-free, which helped keep me in a cheerful mood. I recommend this company to anyone who has been taken advantage of by the timeshare industry.”

Adam sensed that working with WFG was different from other companies he had worked with. After twenty gruesome years of owning an overpriced timeshare, it only took WFG two months to cancel it. That’s correct, Adam is now timeshare-free!*

Adam’s story is not uncommon. Every day, families are being swindled by timeshare sellers and buried head-to-toe in debt. Chances are that you may even know of someone going through this situation. Please pass along our phone number to see if your family members or friends' timeshare financial problems can be erased.

If they qualify for our timeshare terminations services, we can help put an end to their hardship too!