Phyllis K. And Her Son Were Fed A Sob Story Before Buying A Timeshare 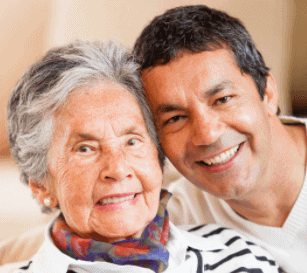 After buying a timeshare with her son, Phyllis began to realize the lies and dishonest sales tactics that were used on her. During another meeting with a timeshare sales representative, she was fed a sob story that guilted her into buying more. The following is a written account of the timeshare ordeal that Phyllis experienced. Names of people and companies have been removed for privacy reasons.

“In 2005, my son and I bought a timeshare in Florida for $10,000. We were told we would only have to pay maintenance fees every other year. When we decided to take my son off of the timeshare, we were told that all he had to do was sign papers and he would immediately be removed. This was not the case.”

Upon meeting with a few sales representatives from the timeshare company, Phyllis quickly realized that this was not going to be a simple meeting to remove her son from the timeshare. That was merely an excuse to get her to show up in person where they could corner her with no way out.

“When I went to the meeting I was told by the representative at the hotel that I would receive dinner and money for attending the meeting. He also said it would help him out with his job. When I got to the meeting, I was told I would need to upgrade to points so I could take my son off the timeshare that we had together for a year. However, since I purchased the upgrade in points, my son is still on some papers. And he is still on the deed for the resort.”

What ensued next was hard for Phyllis to believe. It’s a tactic that a lot of timeshare representatives will use to pressure you into spending more money.

“It all started when I was talking to a man and all of a sudden a different lady walked into the room. She started telling me a story about how her parents were killed and how she raised all her siblings and adopted more kids and moved to a beach in Virginia. I couldn’t help but feel empathy by the end. I must have been there for about four hours and I felt sucked in.”

Phyllis ended up purchasing even more timeshare. We are currently in the process of providing assistance to Phyllis to help rid her of the financial burden that owning timeshare has caused her. If her story of dealing with a timeshare company’s lies sounds a lot like yours, be sure to reach out to see if you qualify for our timeshare termination services.